Pregnancy cravings vary from food items to non-nutritive food items to a craving for the smell of chemicals. If you are craving the smell of rubbing alcohol during pregnancy and wondering whether it is safe to give in to your craving, then read on.

Weird pregnancy cravings! I hear you. I had one, and I was addicted to it. But fortunately, I had a craving for watermelon. So, I eat as much as I want after dinner during pregnancy.

But if you have a craving for the smell of alcohol or gasoline or other chemicals, you might need to think before you give in to your cravings.

Craving for the smell of rubbing alcohol is common, and the condition is known as olfactory cravings or desiderosmia. And it may indicate an iron deficiency in pregnant mothers. If you are worried about the safety of smelling rubbing alcohol, then there is no scientific evidence of it being harmful to you or your growing baby when you smell them while hand sanitizing or disinfecting surfaces. But prolonged exposure to rubbing alcohol on an everyday basis should be avoided.

Let’s dive deeper and discover why you are craving for the smell of rubbing alcohol during pregnancy, whether it is safe to give in to your craving, and what you can do about it.

Disclosure: This post may contain affiliate links. As an affiliate and amazon associate, I earn commission on qualified purchases at no extra cost to you. Check our affiliate policy here

What is Rubbing Alcohol?

Why are you Craving the Smell of Rubbing alcohol during Pregnancy?

Pregnancy cravings are weird. Some crave the weird combination of food, while others crave non-nutritive things or the smell of chemicals.

As long as your craving is limited to a food item, you do not need to worry about it (Although you do not want to compromise on healthy food intake while giving in to your food cravings).

But when you have a craving for the smell of rubbing alcohol or gasoline or Lysol, you are certainly worried about it being safe or not.

Craving for the smell of chemicals is a condition known as olfactory cravings or desiderosmia. The condition is associated with pica or iron deficiency.

Desiderosmia is defined as an excessive desire to smell certain chemicals during pregnancy. And science is not sure why this condition develops in pregnant women. But there are theories on why you would crave for specific smell during pregnancy.

Cravings are your body’s way of communicating with you about vitamins or mineral deficiency. So, your craving for the smell of rubbing alcohol may indicate a nutrient deficiency, mainly Iron or vitamin B, which is important for your baby’s growth.

Is it normal to Crave the Smell of Rubbing alcohol during Pregnancy?

Food cravings are common among pregnant women. But the craving for non-nutritive items or craving for the smell is not as common but considered normal during pregnancy.

Hormonal changes during pregnancy can heighten pregnant women’s sensitivity toward specific smells or tastes. As a result, you might develop aversion or cravings for particular food or smell.

And according to American Pregnancy Association, 15-25% of women have iron deficiency anemia during pregnancy. So, your craving for the smell of rubbing alcohol is normal; as long as you are not sniffing rubbing alcohol intentionally every day, you have nothing to worry about.

Is it Safe to Smell Rubbing Alcohol during Pregnancy?

Although, science confirms that even after sanitizing hands 50 times a day as in a hospital setting, the blood concentration of a pregnant mother was not as high to harm the fetus.

But this does not mean you are okay smelling rubbing alcohol to satisfy your craving for the smell. First, you must remember that a small amount of alcohol gets absorbed through the skin and reaches your baby.

Why expose them to alcohol when they are at the developing stage?

Also, your craving for the smell of alcohol could be attributed to iron deficiency. So, it is best to seek medical advice and check your iron level.

What happens if you smell Rubbing Alcohol during Pregnancy?

Occasionally smelling rubbing alcohol during pregnancy is normal and unlikely to cause any harm to you or your baby.

Science study shows that smelling rubbing alcohol can help ease nausea and vomiting. In addition, the study showed that sniffing pads saturated with isopropyl alcohol for a maximum of 3 deep inhalations were more likely to bring relief to the nauseated patient in the emergency room compared to those who sniffed pads saturated with saline solution.

However, the study was not done on the pregnant population, so the side effects of sniffing alcohol are unknown. So, do not attempt to inhale alcohol through your nose deeply; it may give you a headache or exacerbate morning sickness.

What to do if you are craving the smell of Rubbing Alcohol?

Occasionally smelling rubbing alcohol is not harmful, but giving in to your craving can cause headaches and other side effects.

If you have an intense craving for smelling alcohol during pregnancy, you can seek medical attention as olfactory cravings can be attributed to iron deficiency.

Meanwhile, you can light up a non-toxic candle with essential oil to satisfy your craving. The aroma may help you satisfy the urge for your cravings.

Or when you have an intense craving for smells, divert yourself, go out for walking or do some pregnancy journaling. Here is a cute printable pregnancy planner/journal that will keep you occupied, plus you will have a lovely keepsake to remember every moment of your pregnancy journey.

Hey everyone. I'm Pranali- a science researcher, wife, mom to two adorable boys and a blogger. From pregnancy to breastfeeding to postpartum to money tips, I am here to help you through your motherhood journey in empirical way. My goal here is to provide information that is based on observation or experience rather than a theory or pure logic. I enjoy writing about all stuff motherhood. If you can't find me here, you will find me busy experimenting in the kitchen. 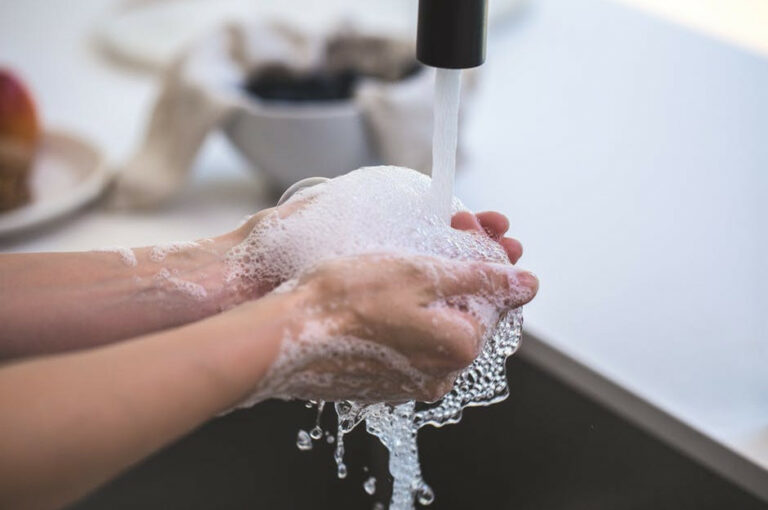