Breastfeeding mothers need to watch what they eat or drink because whatever they eat or drink gets transferred to their baby via breast milk. Whether you are looking alternative to cut back your caffeine intake or include coconut water or ginger in your diet to increase milk supply, you need to consider their safety while breastfeeding.

If you give up on your regular caffeine intake and turn to herbal tea with less caffeine, you might need to think twice because not all herbs are safe to consume during breastfeeding.

This blog will look at what science says about the same and whether you should drink chamomile tea while breastfeeding.

What is Chamomile tea?

Chamomile is an herb that comes from the Asteraceae plant family. Chamomile tea is a caffeine-free beverage made from the dried flower of the chamomile herb. In addition, the dried flowers of chamomile contain flavonoids and terpenoids, contributing to its medicinal properties.

To make a chamomile team, the dried chamomile flower is infused into bot boiling water.

Chamomile tea is a famous caffeine-free alternative to green or black tea. It is also consumed as a natural remedy owing to its therapeutic properties.

Chamomile tea has also been touted for its galactagogue effect in breastfeeding women.

Is it safe to Drink Chamomile tea while Breastfeeding?

Chamomile tea is generally recognized as safe to use in spice, seasoning, or favoring agent by the Food and Drug Administration (FDA).

However, just like any other herbal supplements, chamomile tea safety while breastfeeding is not studied well.

And because whatever you drink reaches your baby through breastmilk, you need to be careful about how much chamomile tea you drink while breastfeeding.

The main concern is that herbs can also have side effects when taken in a large dose. Also, there is no data on its effect on newborns other than anecdotal evidence of chamomile tea’s effectiveness on calming colic in newborns.

From my personal experience, I have drunk two cups of chamomile tea or ginger tea a day while breastfeeding (with my doctor’s approval) without any side effects on my health or my baby’s.

While I can not clearly say whether it is safe to drink chamomile tea while breastfeeding, most practitioners consider the responsible use of chamomile tea safe.

So, if you decide to drink your soothing chamomile tea while breastfeeding, make sure you talk to your health care professional or lactation consultant.

Benefits of Chamomile tea while Breastfeeding

Chamomile tea has been used for centuries for its therapeutic benefits. In addition, drinking chamomile tea may provide the following health benefits to breastfeeding mothers.

One cup of warm, earthy, sweet chamomile tea before bed may help you get much-needed sleep postpartum. But is it even possible with all of the midnight breastfeeding sessions?

The study suggested a significantly reduced score of sleep insufficiency compared to the control group at two weeks. In addition, the experimental group also had decreased depression symptoms, which is often related to not getting enough sleep(1).

The study has its limitations, but results are promising, and more human studies are needed to confirm the findings.

So, if you have trouble falling asleep when your baby sleeps at night, one cup of chamomile tea before bed may help you get some sleep.

PS – If you need help with teaching good night sleep habits (it’s never early to teach them!!) to your newborn, here is an excellent resource to learn the fundamentals of newborn sleep.

Chamomile tea has been traditionally used to treat nausea, gas, and other digestive issues (2). However, most of this evidence is anecdotal.

There are limited evidence suggesting chamomile tea and its role in easing digestive or gastrointestinal issues and most of the studies have been made on rat or mice.

Catching a common cold or flu while breastfeeding is the last thing you want, as most OTC drugs are off-limit. And you may consider taking emergen-c or elderberry syrup to boost your immune response when breastfeeding.

However, you will be glad to know that not only drinking chamomile tea is soothing but inhaling the steam of chamomile extract help alleviate the common cold.

A research study indicated that inhaling the steam of chamomile extract has helped ease common cold symptoms. However, further research is needed to confirm the finding (6).

Some research studies suggest that chamomile oil (aromatherapy or supplements) may reduce anxiety and depression (7,8).

Chamomile tea has been shown effective in reducing certain types of health ailments. In addition, it has been shown to fight certain kinds of cancers owing to its antioxidant apigenin (9,10).

There are research studies that show chamomile tea’s cardioprotective and anti-diabetic effects (11,12). However, most of the therapeutic effects of chamomile tea are attributed to its anti-inflammatory and antioxidant properties.

On the contrary, chamomile tea may have galactagogue effects. A case study published in 2018 documented the influence of chamomile in a lactating woman by increasing breast milk supply. In this case study, a nursing mother noticed fullness and tenderness of breast six hours past drinking 1-2 liter of chamomile tea (13).

More research is needed to confirm the finding and evaluate the safety and risk to breastfeeding mothers and newborns.

To increase your milk supply, check out these natural milk booster tips and 8 fluids for breastfeeding mothers.

How to choose Chamomile Tea?

When it comes to including something new in your breastfeeding diet, it is best to consider organic, especially herbal tea.

You want to go for a brand that is certified organic to avoid pesticide and other chemical treated chamomile tea. Also, buy it from a trusted brand to avoid the risk of contamination (spores) that may trigger an allergic reaction.

Also, do not forget to check the ingredient list before choosing chamomile tea because added herbs like star anise should be avoided while breastfeeding.

Here is how to choose chamomile tea

Herbal teas are available as a tea bag or loose leaf. Chamomile tea bags are safer options to choose to minimize the risk of contamination.

I love this chamomile tea bag. Both of these products are USDA certified organic and non-GMO. Or this one is organically grown too.

The teabags are packaged in hemp fiber paper, and they are free of any dyes, adhesive, glue, staples, strings, or chlorine bleach, so you have no risk of ingesting anything that you are not supposed to during breastfeeding.

For those who prefer chamomile loose leaf instead of tea bags, I highly recommend going for a USDA-certified, trusted brand.

Chamomile loose leaf from this brand is USDA certified organic and free from herbicides and pesticides. It comes in a 1lb sealed packet that will last you forever, and if you are a DIY kind, you can extract chamomile essential oil from it and use it for aromatherapy or mix in your lotion or mix shampoo.

Can Chamomile Harm my Baby?

And if you are drinking chamomile tea while breastfeeding, it won’t hurt your baby. According to the American Academy of Pediatrics (AAP), breast milk contains 1% of caffeine consumed by breastfeeding mothers. So, if you are not drinking more than 3 cups or drinking low-caffeine herbal tea responsibly, it won’t harm your baby.

Chamomile tea has been shown to be safe to give to babies to relieve colic. Few studies have evaluated the efficacy of chamomile for the treatment of colic in 2 to 8 weeks old babies. In these studies, infants were offered 150ml of herbal teas, including chamomile, three times a day. The study concluded that chamomile tea eliminated colic in 57% of the infants, and no side effects were noticed.

The results are promising. However, it is hard to tell whether the effect was mainly due to chamomile or other herbal tea ingredients like fennel, licorice, or mint.

But before you start giving your baby chamomile tea, check with your pediatrician first because some babies can be allergic to it.

Safety and Precautions to take while Drinking Chamomile Tea during Breastfeeding

Precaution has to be taken when you are taking chamomile tea during breastfeeding. This is because people can have allergies to chamomile.

Individuals allergic to pollen from a weed can develop allergies to chamomile because of the similarities of allergens. If you are allergic to chamomile, you may experience symptoms like wheezing, vomiting, cramps, diarrhea, or skin rashes.

While chamomile tea is safe and rarely causes any problems, it is best to consult a doctor before including chamomile tea in your breastfeeding diet.

Is It Safe to Drink Chamomile Tea while Breastfeeding? – Conclusion

Chamomile tea is low-caffeine, and 2-3 cups a day is not going to harm you or your baby. The earthy, sweet taste of chamomile tea is soothing after a long day of caring for a baby.

But before you start drinking chamomile tea while breastfeeding, talk to your doctor or lactation consultant.

Before you go check out Lactation boosting Pink Drink recipes and fluid for hydration during breastfeeding.

Disclosure: I am not a medical doctor, and the information provided here is solely based on research and my experience. I am not liable for any harm caused by relying on any information here within. 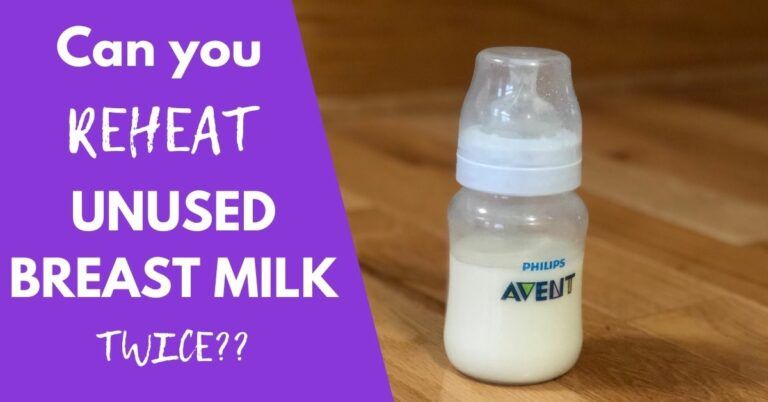 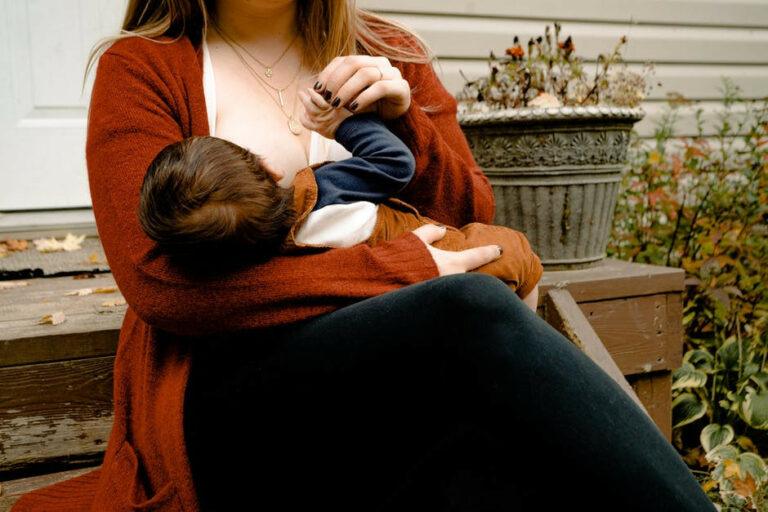 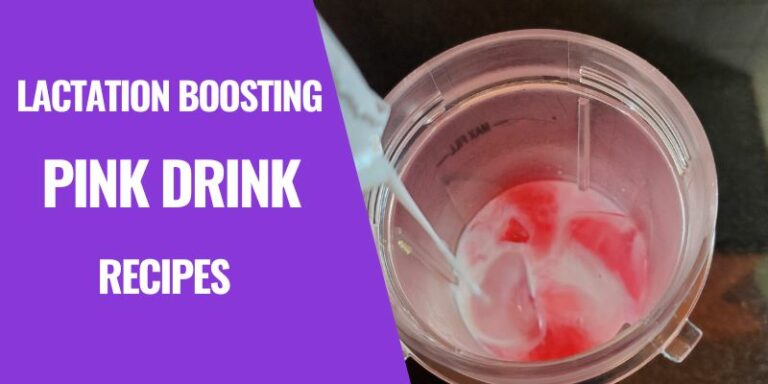 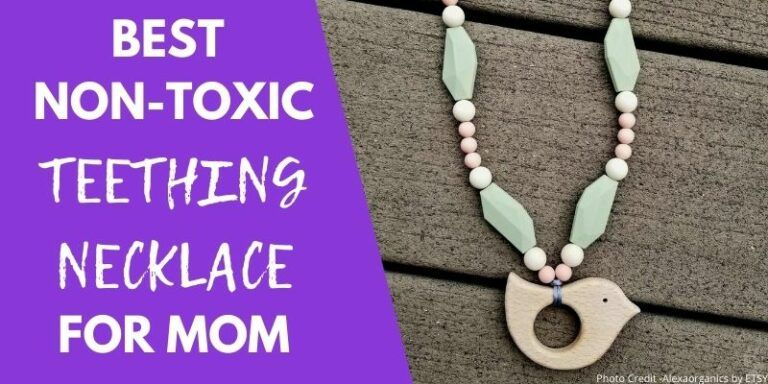 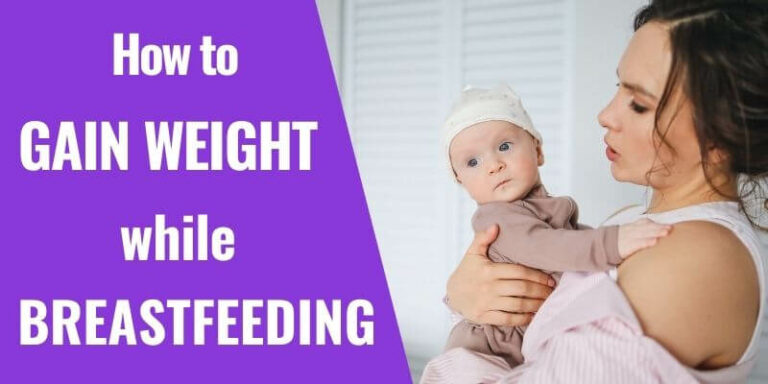