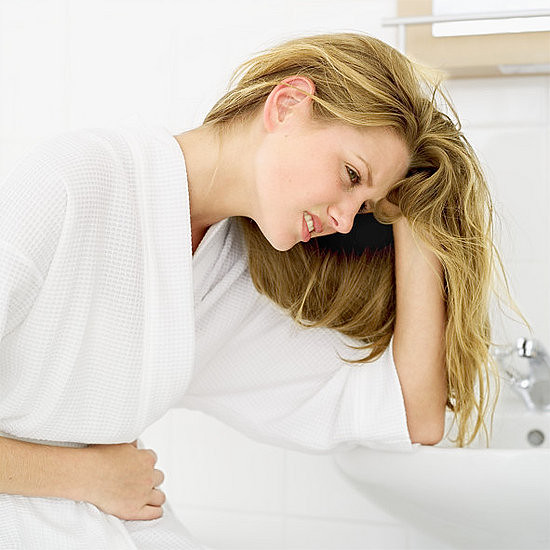 Majority of pregnant women experiences cramps during first trimester of pregnancy. Learn about type of cramps in early pregnancy, what causes it and watch for sign of trouble.

Pregnancy is the most exciting time especially when you are having your first baby. While you are excited about having a baby, you should also be ready to welcome bundle that comes with it: Cramps and Pains. More than two-thirds of pregnant women experiences cramps in early pregnancy. While  mild cramps are perfectly normal,  cramps with bleeding require immediate medical attention.

In this article, we will answer following question and much more,

Are Cramps in Early Pregnancy Normal?

Cramps or pains are normal part of pregnancy. They are usually due to physical changes that body goes through as it gears up for carrying a fetus.

Every pregnancy is unique. Some will go through pregnancy with fewer discomforts, and others will be suffering with cramps or pains throughout 9 months. And most of them have healthy pregnancy.

Cramps often feel a lot like period cramps that can be constant or come and go. You may experience cramps in lower abdomen, lower back, upper thighs, tightening feeling, leg aches. It may feel like heartburn.

Which Cramps in early Pregnancy should I Worry about?

For first time mothers, any pain during early pregnancy should be mentioned to a healthcare provider. Any cramps or pain which is sharp or accompanied with bleeding needs doctor’s attention.

It can be stressful, especially for first time mothers, to decide between which cramps or pains are normal and which are to worry about.

In this section, I have tried to explain the cramps and pains that pregnant women encounter during first trimester.

Breast pain is one of the earliest signs of pregnancy. Estrogen and progesterone levels are affected during pregnancy. Hormones supports the growth of breast to get ready for making milk. These changes account for feeling heavier, swollen, tender or sore breast during early pregnancy.

In most cases, breast pain is normal during pregnancy. But if you have breast tenderness along with high fever, it may require doctor’s attention.

Is Lower Back Pain During Early Pregnancy Normal?

Lower back pain is another early indication of pregnancy. It is typical throughout pregnancy. Back pain during pregnancy is due to strain on a back caused by uterus expansion to accommodate growing fetus. But there may be other causes,

When fertilized eggs first attaches to the uterine wall, some women feel cramps in their uterus or lower back. Most women don’t even know they are pregnant, as it happens so early. Hence, implantation cramps are mistaken as a menstrual/period cramps.

Irregular bowel movement also causes cramps during early pregnancy. Constipation, Gas and bloating are common symptoms of early pregnancy. Higher level of progesterone during pregnancy, allowing food to stay longer in digestive track, is to blame for. Iron-rich pre-vitamins also causes constipation. Including fiber rich food in your diet to ease the problem.

Poor posture can also cause a back pain. Uterus expansion to accommodate growth of fetus, even in early pregnancy, can stress your back. This type of pain typically increases with prolong sitting, standing or lifting. Stretching exercise or posture adjustment should help relieve stress on back.

Urinary tract infection (UTI) are common during early pregnancy. If it goes untreated for long, it will cause a kidney infection. This infection also causes a lower back pain.

If you suspect UTI when you are pregnant, you are advised to see your health care provider.

Leg Cramps are more common in the third trimester. Uterus expansion can put extra pressure on certain blood vessels and nerve, causing cramps in thighs and calves. Some women also experience leg cramps during early pregnancy. Leg cramping can also occur as a result of calcium deficiency or higher lever of phosphorus in blood.

Restless- Leg Syndrome are also common during pregnancy. Many women experience overwhelming urge to move one or both legs at nighttime as a result of an uncomfortable sensation in legs. It can be symptoms of iron or folic acid deficiency.

Sciatic Pain can begin as early as the first trimester. The growing uterus might put pressure on sciatic nerve, radiating cramps down the back of leg and foot. Here’s a good article to know all about sciatic pain in pregnancy and how to get relief naturally.

Is Hip and Joint Pain Normal During the First Trimester?

Pregnancy comes with bundle full of pains and discomfort. Like other pains, hip pain and joint pain are also normal during pregnancy.

Joint Pain is common during second trimester. Pregnancy weight gain can put pressure on your joints and make them hurt. Lot of exercising can cause joint pain. It is not something to worry about, rather it is an indication of slowing down. Resting and elevating feet at night may help ease the pain.

Hip pain may bother you throughout pregnancy. It may be caused by sciatic nerve.

Hand and Wrist pain also known as a Carpal Tunnel Syndrome is common during pregnancy. Fluid gain along with weight gain, can cause increased pressure at the wrist, triggering pain in wrist and hands.

Are abdominal Cramps Normal During the First Trimester?

Abdominal Cramps may result from stretching and relaxing of the ligaments that supports growing uterus. Cramping during early pregnancy is the biggest concern for new mothers.

About 20% of women experiences some bleeding during first trimester of pregnancy.

Some women also experience Sharp pains or shooting pain on either side of stomach as a result of stretching ligaments. These pains may travel down to your legs. Urinary tract infection may also lead to sharp pain in your abdomen.

Sharp, shooting pains on either side of your stomach may result from the stretching tissue supporting your growing uterus. These pains may also travel down your thigh and into your leg.

Usually, one can’t tell a difference between normal and abnormal abdominal cramps. In most cases, abdominal cramping is a normal part of pregnancy. However, there are some instances when cramping can be a serious concern and requires immediate doctor’s attention.

Ectopic Pregnancy: It happens when the fertilized egg implants outside of the uterus. Ectopic pregnancy can cause sharp abdominal cramping. This is a serious medical condition and must be treated by doctor or midwife.

Miscarriage: About 20% of women experience some vaginal bleeding during the first trimester of pregnancy. Light spotting is not usually a concern. Some women who have a spotting can go on to have a healthy pregnancy.

Are Headaches Normal during early pregnancy?

Headaches are very common during first trimester. It is caused by hormonal changes and increase in blood volume. Common causes of headaches are

Not to scare you, but pregnancy does mean a higher chances of developing blood clot. Although, it won’t happen in most pregnancy. A blood clot in the brain may be heralded by a severe headache. If you have history of blot clot, or if you get a severe headache contact your doctor.

If your headaches are accompanied by sudden weight gain, cramps in the upper right abdomen and swelling in the hands and face, you should contact your doctor immediately.

Are Nausea and Vomiting Normal during early Pregnancy?

Keeping yourself hydrated to avoid dehydration and eating smaller portion of meal more frequently throughout the day should help.

Heartburn is also another common discomfort during early pregnancy. Some women may have it throughout pregnancy. I recommend you read this article to know all about heartburn during pregnancy and how to treat it naturally.

During the first three months, body is physically changing to prepare for the growing fetus. These changes can cause cramps that would be considered normal, so try not to jump to the worst case scenario. However, you should always check with your doctor if you have any concerns about aches and pains during pregnancy.

To summarize, I have compiled a table for easy read.

How was your fist trimester? Did you feel any cramps or pains ? What did you do about it? Please share with us in comment bellow.

Hey everyone. I’m Pranali- wife, mom to two adorable boys and a blogger.

From pregnancy to postpartum to money tips, I am here to help you through your motherhood journey in empirical way.

Learn more about me here

This information (including all text, images, audio, or other formats on empiricalmama.com) is not intended to be a substitute for informed professional advice, diagnosis, endorsement or treatment. You should not take any action or avoid taking action without consulting a qualified professional.  Always seek the advice of your physician or other qualified health provider with any questions about medical conditions. Do not disregard professional medical advice or delay seeking advice or treatment because of something you have read here a empiricalmama.com.

Scroll back to top